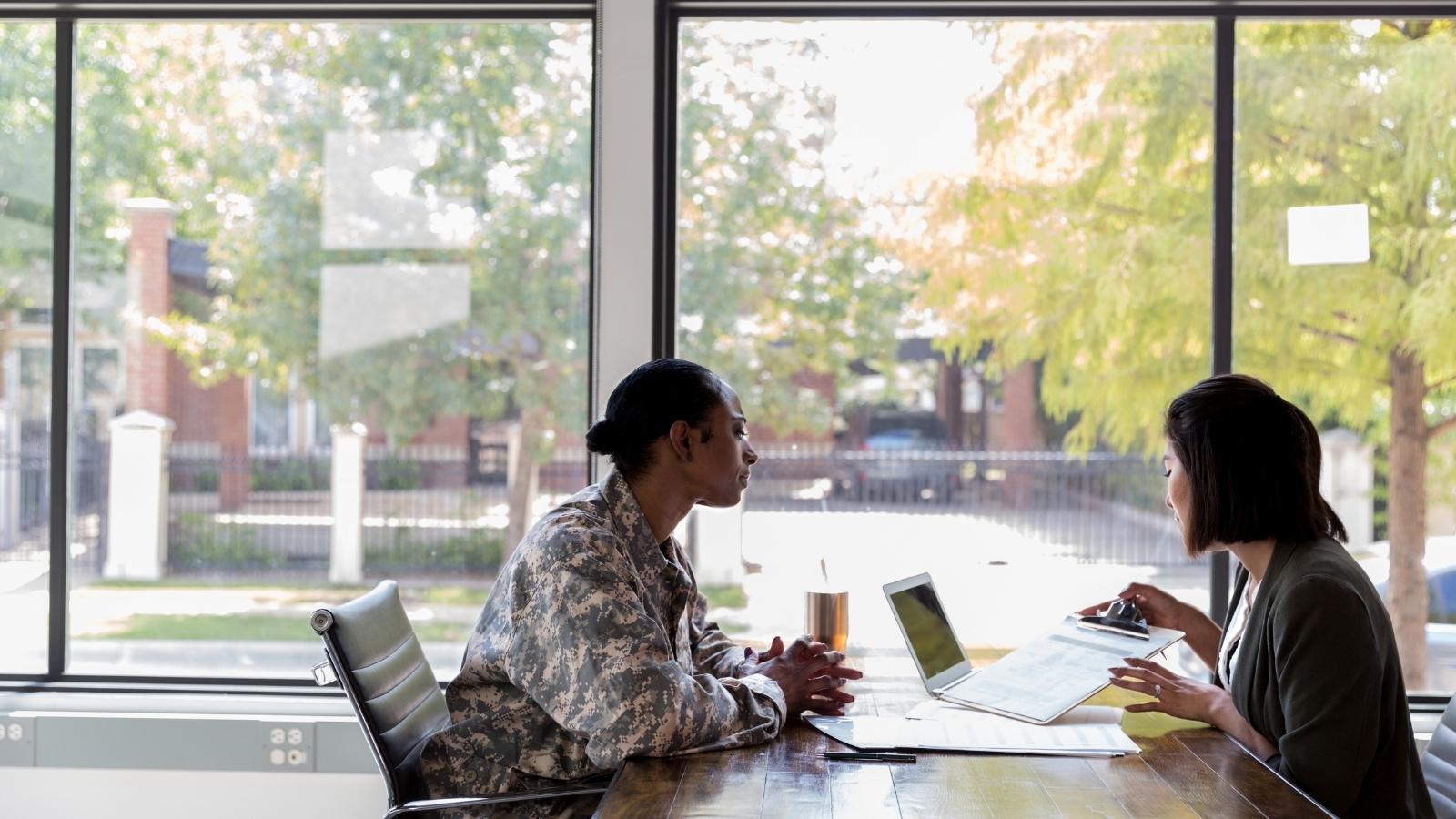 Millions of tech jobs go unfilled each year because candidates lack the necessary science and math skills. This has caused an ongoing talent gap that veterans — roughly 7% of the U.S. population as of 2020 — can step in and fill.

Representing a previously untapped talent pool with unique, hands-on experiences, veterans possess the characteristics — grit, determination, teamwork, precision, and strong problem-solving skills—that make them a powerful addition to modern technology teams. In 2021, the jobless rate among veterans stood at 4.4%. As a result, more and more tech companies are starting to look beyond a traditional college education, with giants like SpaceX, Microsoft, Dell, Facebook, and Tesla committing to veteran hiring programs, making them ideal military-friendly employers.

Amazon pledged to hire 25,000 military veterans and spouses by 2021, with a focus on its web services division — what's commonly referred to as AWS. Veterans don’t need specific, formal training to work for the online retail giant. Instead, Amazon provides training to its hirees, already doing so for roughly 10,000 active-duty service members, veterans, and military spouses.

In its 2019 Super Bowl ad, Google announced the creation of new programs and resources to help veterans find technology jobs at the company. With a strong mentorship program, résumé building workshops, and progressive hiring practices, Google offers veterans in tech the chance to continue changing the world after their military service ends.

One of the most well-known tech companies offering tech jobs for veterans, Boeing recently announced a $14.2 million partnership with the Institute for Veterans and Military Families. About 15% of Boeing‘s workforce consists of veterans, proving their commitment to offering veterans ample career opportunities when entering civilian life.

Named one of the top 10 tech companies hiring veterans by Military.com, 13% of SpaceX's workforce consisted of veterans in 2017. The company boasts a 95% retention rate among service members, crafting a purposeful, mission-driven culture for those looking to continue making a difference.

As one of the best tech jobs for veterans, GoDaddy supports veterans in a variety of ways. In 2016, the company pledged to hire 500 military veterans or spouses over the next five years and also donated over $1.4 million to the Semper Fi Foundation. GoDaddy also supports active military life with extra paid time off for deployment and child care benefits for single parents when their spouse is deployed.

Perhaps one of the first tech companies veterans think of when looking for a career after military service, Facebook is committed to helping former service members find valuable opportunities using their unique, non-technical skills. In fact, Facebook’s Military Skills Translator tool is a solid place to identify talking points and examples that can be used in interviews to accurately bridge the gap between military service and a job in tech. Facebook also offers a mentoring program, veteran-focused career development, and social networking groups for former service members.

Tesla boasts of having an inclusive and supportive environment, offering tech jobs for veterans in manufacturing, logistics, sales, IT, and several other areas. The automotive tech company extends generous benefits, a resourceful community, and purpose-driven work to veterans looking to impact the future of clean energy.

More than 200,000 military service members transition to civilian life every year, with many seeking a new career. Several tech companies have stepped up in recent years, aware of all the talent and skills veterans bring. These companies don't just help veterans land a great job but also offer career development, family support, mental health resources, and other benefits that prove their commitment to the well-being of military members.