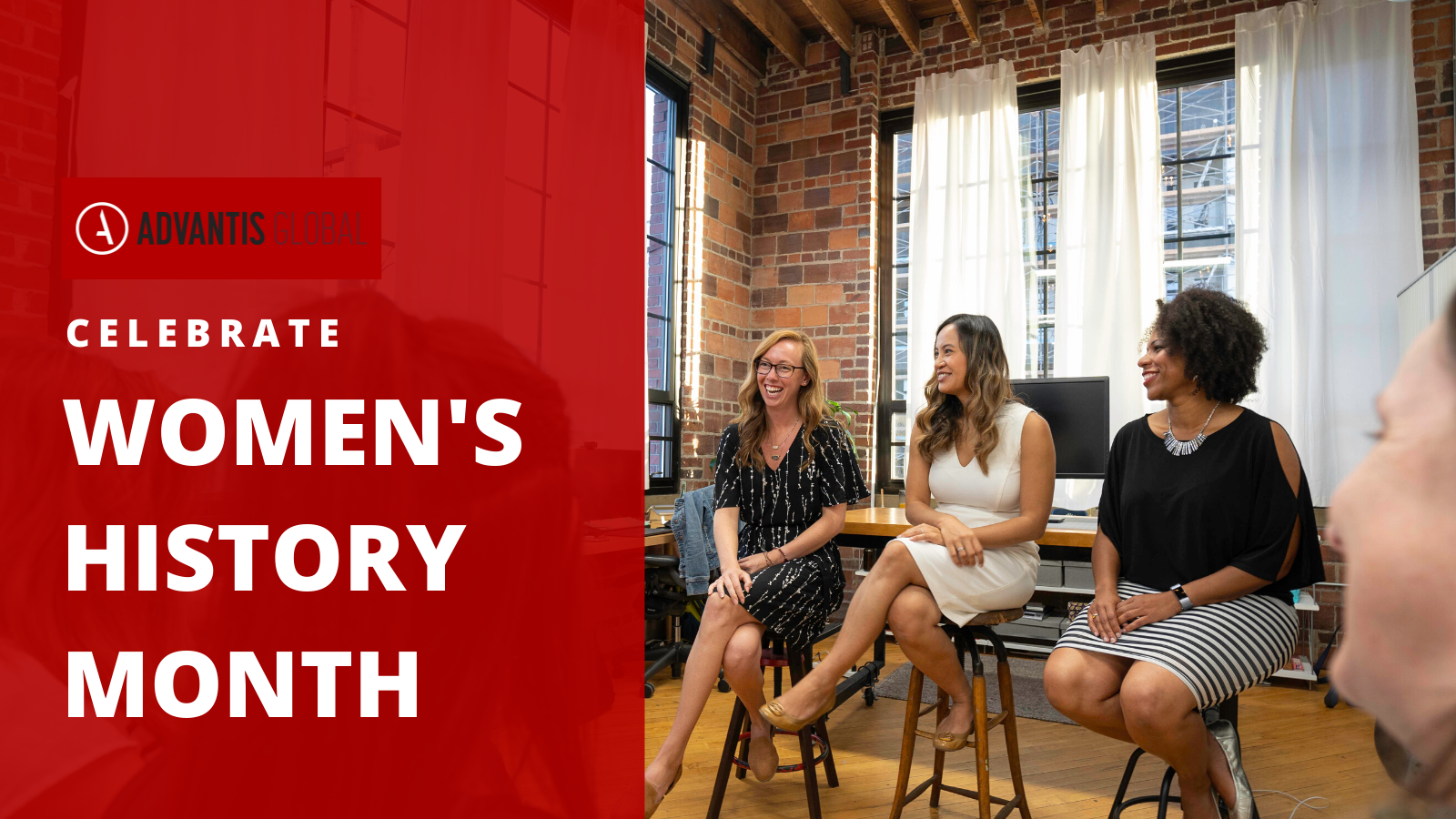 The Age of Diversity: The Empowering Role of Women in Tech

Tech giants are employing women not just for the sake of it, but because it has become the need of the hour. Women are leveling up in the tech industry by breaking down stigmas and deconstructing misconceptions. While statistics show that the playing field is still not equitable for all women; employers have begun to understand the vitality of employing women to transform the tech sector for good.

Today, nearly 50% of women represent the entire workforce in the U.S. Although there’s still a significant gender gap, women have become a major workforce in various STEM fields. And this gap encompasses more wages, leadership roles, employment opportunities, and a unique perspective at the workplace.

Equality is not a women’s issue, it’s a business issue. Themes such as #EachforEqual  and The Paradigm for Parity encourage businesses to actively choose to challenge stereotypes, fight bias, broaden perceptions, improve situations and celebrate women's achievements.

To explore further, we celebrate these prominent and influential women in the tech industry:

Over the years, Melinda Gates has been at the forefront to create new initiates and opportunists for women to make their mark in the tech sector. The billionaire made a $50 million kickstart investment for the women-in-tech project. The underlying purpose of the program is to create more pathways for women and resolve hurdles in major tech careers. Through this initiative, women can create new innovative opportunities.

Wojcicki has an educational background from Stanford University and Harvard University. Subsequently, she got her MSc. in economics from the University of California. Wojcicki was the first marketing manager of Google back in 1999. During her position as the vice president of Advertising and Commerce at Google, she oversaw the operations of Google Video. In fact, it was Wojcicki that encouraged Google to purchase YouTube.

It shouldn’t come as a surprise that she handled two of the largest acquisitions for Google. After the purchase of YouTube and DoubleClick, she took over the responsibly as YouTube’s CEO in 2014. The success and instinctual tech-oriented decision-making of Susan Wojcicki still influences women who strive for perfection in the tech sector.

If you’re a coder, the name Margaret Hamilton rings like a legend. Today, she is one of the most exceptional coders who ever lived. Hamilton was already working at MIT as a coder before she became a part of the Apollo space program.

Ultimately, Hamilton took over the responsibility as the team leader of an on-board flight application on the first Apollo computers. What’s inspiring is that she didn’t even have a master’s degree at this point. With her creative ingenuity and rigorous hard work, Hamilton’s work at MIT is still radical for even today’s computing era.

After studying science and mathematics at Princeton University and the desire to become a Doctor, Meg Whitman studied economics and received an M.B.A from Harvard Business School. After 1979, Whitman has had a variety of senior-level positions in major companies. In 1998, Whitman became the SEO of eBay. And this is when eBay just had had thirty employees.

Later on, she became one of the board members of Hewlett-Packard (HP) in 2011. And within six months, she became the next CEO of the company. Though she is no longer the SEO of HP, she continues to inspire leadership skills among millions of aspiring women.

You cannot talk about cryptography without Elizabeth Friedman’s name. Today’s modern digital surveillance and cyber security wouldn’t have been possible had it not been for her genius efforts. In fact, she was a code breaker amidst World War II that helped Allied forces achieve victory. She decoded and intercepted enemy messages that led to numerous Nazi arrests. Contrary to misguided perception, her husband wasn’t the sole founder of cryptanalysis; they pioneered it together.

Rometty got her bachelor’s degree in electrical engineering and computer science from Northwestern University. Initially, she worked for (GM) General Motors, but she found her true calling as a systems engineer at IBM. Apart from purchase decisions, Rometty ultimately became the senior vice president of marketing and sales. And it was only a matter of time before she became the next CEO and present. She then went on to become IBM’s chairperson in 2012.

When it comes to geniuses, Furey occupies a distinct position. The mathematical physicist undertakes complicated research analysis that helps create reality building blocks. Furey’s passion for understanding intricate nature of mathematical laws inspires millions of talented women out there who dare to revisit the fundamentals of mathematics.

As of now, her discoveries question the typical particle physics’ model and explore how octonions can hold together atoms. Furey’s complex work is the result of decades of extensive research that highlights the relationship between physics and math. Her post-doctoral researcher works at the University of Cambridge can further change people’s understanding of physics and math dynamics that would inevitably influence the future of the IT sector.

Fei-Fei Li advocates and works towards the advancement of artificial intelligence. The Stanford computer science professor studies the connection between human sensitivity and AI-based algorithms. In fact, this type of work has the power to change the course of the tech sector. That said, Fei-Fei Li also wants to use the same artificial intelligence algorithms for the betterment of social progress and thwart gender biases.

Conclusion: What Lies in the Future?

Gone are the days when women couldn’t work for the advancement of the tech industry. Advantis Global is a champion for empowering efforts for women both with our internal teams and our contractors. We strongly believe women are redefining the tech values that would allow humanity to utilize new opportunities for the greater good.

Empowerment among women can foster inclusiveness, collaboration, higher engagement, and leadership skills. With our strategic partnerships, educational programming, and mentorship, women can seek even more opportunities in the tech sector. 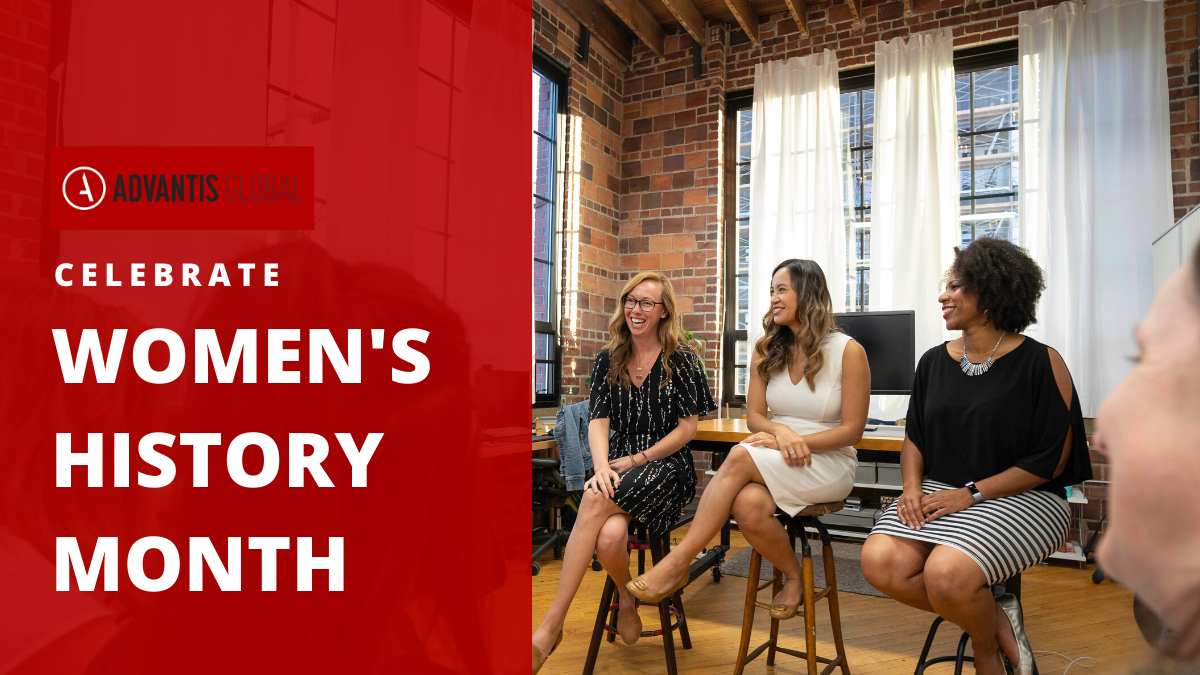